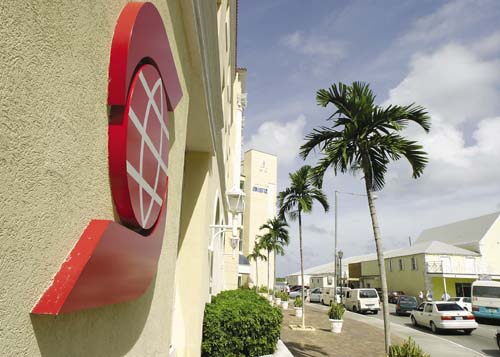 Three top high-ranking officers deep inside the Scotia Bank Bahamas Ltd are about to get the riot act read to them as top CEO at the Canadian Head Office is set to land in the capital this week.

Our news team is following a serious investigation that has begun deep inside the bank, which is being cited as a “Systemic Failure” of its operations. And here’s what we know.

A cousin of one of the top executives, who is also employed at the bank. oversaw an elaborate scheme to grant loans to customers who were broke and did not have a good history with the bank. All of the loan applicants approved could not satisfy the standards at the bank to obtain a loan. However, with connections and contacts deep inside, loans were granted across branches with some applicants attaining the same reference letters – all coming from the one individual who happened to be connected to the top executive! What is this?

Our top investigative team has seen documents, papers and letters that confirm heads will roll this week. When the CEO sees what we saw, and examines the serious systemic failures inside the management structure, Scotia Bank will need new leadership across its banking network. And there is more.

One of the main culprits behind this elaborate scheme to grant loans to default account holders recently purchased a spanking new Range Rover and also purchased a new Condo right here in the capital.

Scotia hid much of the details from its head office and now the head office is coming into New Providence – let’s see who ga be honest with the boss as to what really happened with all these default loans on the books at the bank. We wonder how high up will this investigation go and wait to see if the Central Bank of the Bahamas will ask questions!

Already several persons in the bank have abruptly resigned and a few others have been fired. What happens now when all is investigated should cause others at the top to become concerned.