Home Uncategorized Student breaks up the classroom at CV Bethel and then calls parents... 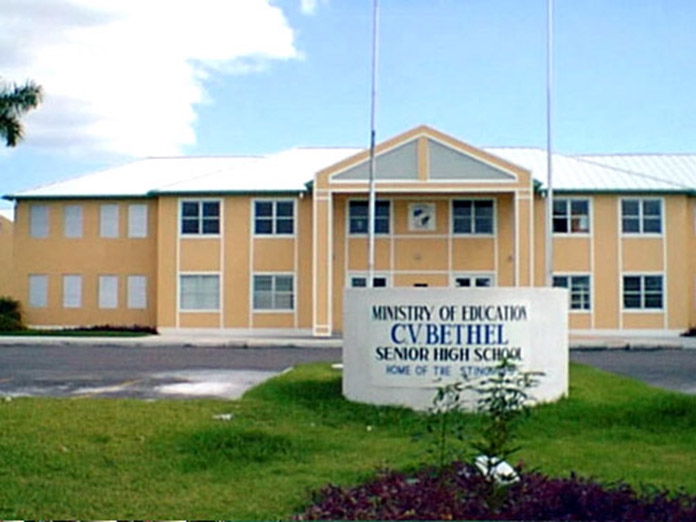 An unruly young student of C. V. Bethel forced police on the property yesterday after calling relatives to come beat up a teacher.

Bahamas National is following violence at the school campus which, in the end, led to a senior mistress injuring her hand after the violent student broke up the teacher’s classroom.

The student, who we will not name for obvious reasons, went into a fit as she destroyed a classroom before calling backup (her mother and two sisters) to the school.

The parents and guardians rushed to the campus in a rage, calling loudly the name of the bad child who was breaching all security and attempting to attack educators on site.

Within minutes of the arrival of the “Parent Gang,” some 15 educators assembled inside the office to protect the Senior Mistress and Principal.

Police had to be called and they cuffed the violent relatives who, like the child, were also destructive when they also attended C. V. Bethel.

Bahamas Press is warning these bad parents with their bad children to stay off campuses! Secondly, we caution the mother and aunts to closely examine that violent young woman – SOMETHING MORE SERIOUS IS GOING ON WITH HER AND YINNER SHOULD INVESTIGATE HER DANGEROUS OUTBURST!

Anyway, that child better learn how to join the online school because she will not be allowed to attend any more classes at C.V. Bethel.