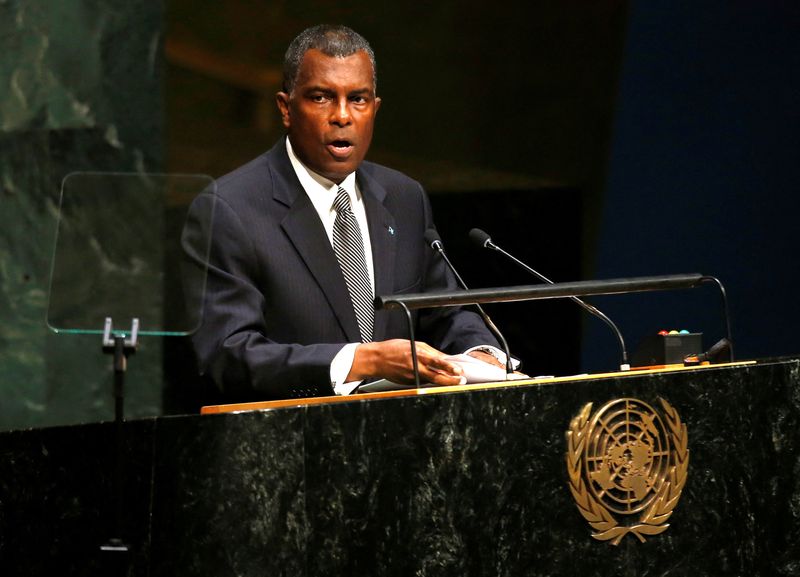 By Jasper Ward and Brian Ellsworth

(Reuters) – The Bahamas should not be blamed for the collapse of bankrupt cryptocurrency platform FTX, the country’s foreign minister said on Friday, following repeated accusations by FTX management of alleged misconduct by the Caribbean nation’s authorities.

FTX lawyers on Wednesday said they “do not trust” the Bahamian government, which FTX’s leadership has accused of colluding with now-jailed former CEO Bankman-Fried to help account holders withdraw $100 million just as the platform was going bankrupt.

In a withering voice recording distributed over WhatsApp on Friday morning, Bahamas Foreign Minister Fred Mitchell, said “this blame game directed at The Bahamas” is undermining efforts to recover assets that were lost as a result of fraud.

“Every day there is some accusation being hurled at The Bahamas, but it is clear the jurisdiction of the alleged fraud is not the reason the fraud happened,” said Mitchell.

“We in The Bahamas can ask the question: How did the mastermind of FTX get on the front page of Forbes magazine, a U.S. magazine? Which nation’s press called him the next Warren Buffett? Clearly that was the United States.”