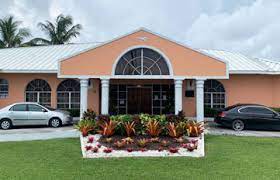 NASSAU| The high-flying general manager of Restview Memorial Mortuary and Crematorium has been placed on administrative leave amid allegations that he squirreled away $2.5 million and used company funds to purchase high end vehicles, among other things.

Kendall Higgins, who is the son of the late Nesbitt Higgins, was sent home by Restview owner Keith McSweeney. The funeral home boss, who is based in Grand Bahama, rushed to New Providence amid suspicions that Higgins may be stealing by reason of employment.

Higgins allegedly acquired limousines and other high-end vehicles, plush apartment complexes and a sprawling home in Westridge on a GM’s salary, raising suspicions.

According to RestView sources, the other senior staffer responsible for signing checks with Higgins would allegedly sign blank checks, which may have been used to fund things other than company expenses.

Auditors are expected to be brought in to investigate the allegations and determine how the company’s money has been spent during Higgins tenure as the man in charge on New Providence.

Higgins is expected to remain on administrative leave for the next month, pending the outcome of auditors’ investigations.