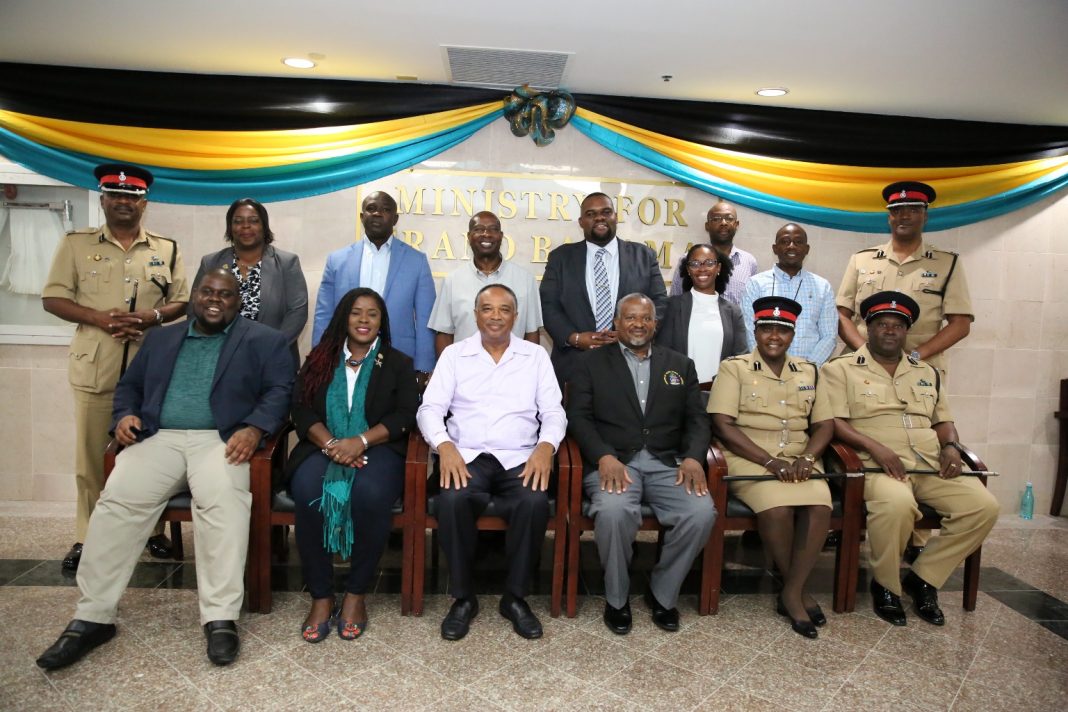 FREEPORT, Grand Bahama, The Bahamas – Officials from the Ministry of Youth, Sports, and Culture along with members of the Royal Bahamas Police Force and Defence Force toured the Police Training College on Tuesday, November 22 in preparation of the start of the Bahamas National Youth Guard training programme.

Sandena Neely, Head of the Division of Youth, explained that the Bahamas National Youth Guard is a programme designed to train young Bahamians to serve during a national disaster.

Participants are to be between the ages of 18 and 25 and Bahamians willing to serve their country.

“In the event of a natural disaster, we want to implement a strategy where young Bahamians are going to be able to facilitate being a part of every part of the national disaster plan from prevention and mitigation all the way to recovery.”

She explained that they were touring the Police College in Grand Bahama because it is the proposed site for their three-month training. Training starts in January and will include Bahamians nationwide to be trained, skilled and certified so that they can return to their communities and serve.

While touring the campus, the delegation started with the auditorium where most of the time would be spent. In there, along with the all-purpose room, there are three classrooms and one computer lab.

Then it was off to touring the dormitories that are equipped to house 32 males and 12 females.

Programme Officer, Kenneth Frazier, Youth Officer at the Ministry of Youth, Sports, and Culture said training will begin the second week in January in Grand Bahama. The focus is on Grand Bahama and Abaco because those two islands are hardest hit by storms.

“We understand that people here are aware and understand what is needed for the persons in this programme.”

When disasters strike, he said, people within their own communities ought to be able to assist as soon as possible. As such, the call has gone out all over the country to get people to sign up for the programme.

“The idea is to have people within each community to have the skills needed to help mitigate response every part of the national disaster.”
The delegation then paid a courtesy call on the Permanent Secretary at the Ministry for Grand Bahama, Melvin Seymour, when they shared details of the programme.

According to Neely, “Stakeholders are the way that we operate. They are our arms, our feet, our legs. They help us to walk and help us to service. We are a youth development agency, but we know when and where to look for our partners who can help us to bring programmes to life.”

The programme, Ms. Neely further explained, came to being because it is important for residents to be able to assist themselves.

She closed with, “We want to build a generation of Bahamians who are able to help ourselves whenever a disaster or some emergency happens in our country.”