Water and Sewerage Corporation (WSC) General Manager Elwood Donaldson has confirmed in a statement that the company signed a contract with Alexandria Mackey, who was the fiancée of WSC Chairman Adrian Gibson at the time.

While documents clearly list Mackey and Adrian Gibson’s cousin Rashae Gibson as the directors of Elite Maintenance Incorporated Limited, Donaldson is attempting to spin the story by claiming that Alexandria Mackey signed the agreement with WSC as Elite Maintenance’s attorney.

“I can confirm that a Ms. Alexandria Mackey (the attorney), who originally interacted with the Corporation as a legal agent for a company by the name of Elite Maintenance, did indeed advise the Corporation of this via correspondence. I was advised of her authorization to act as attorney of record. The attorney – at a later juncture – issued correspondence to the Corporation advising that she was no longer authorized to act on behalf of the company as agent and requested an amendment of WSC’s records to reflect the same,” according to a statement issued by Donaldson on Sunday.

However, Donaldson did not deny that Gibson’s cousin Rashae is also named as a director. Instead of addressing the blatant conflict of interest, the Water and Sewerage GM instead focuses on the leak of Water and Sewerage documents that exposed the corruption.

He said they have launched an investigation to determine how the information got out. 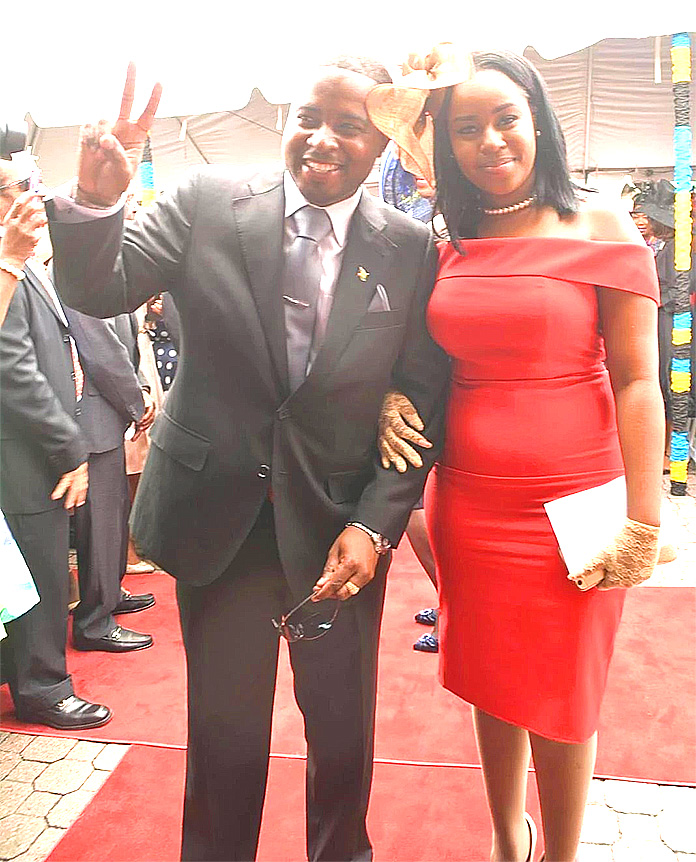 “Over the last few days, it came to my attention that a number of confidential Water and Sewerage Corporation files have been leaked and disseminated on social media.”

“As the data controller for the Corporation, I find this breach of our corporate policies, guidelines and the Data Protection Act to be most unbecoming, totally unprofessional and illegal. An immediate, independent investigation will be undertaken and every effort will be made to address these breaches,” Donaldson said.

Mackey, who is an attorney, and Rashae Gibson, who is a marketing manager, are listed as directors of the company, which was formed in June 2018. Their contract was signed with WSC in August 2018.

In a police complaint that Adrian Gibson filed with the Anti-Corruption Branch of the Royal Bahamas Police Force (RBPF) on October 30, 2020, Gibson said Alexandria Mackey is his fiancee. In the police report, Gibson says, “My fiancee Alexandria Mackey and I opened a joint account at the Royal Bank of Canada sometime in 2014 when we began dating. The account is based at the Cable Beach branch and we also have online banking for that account.” 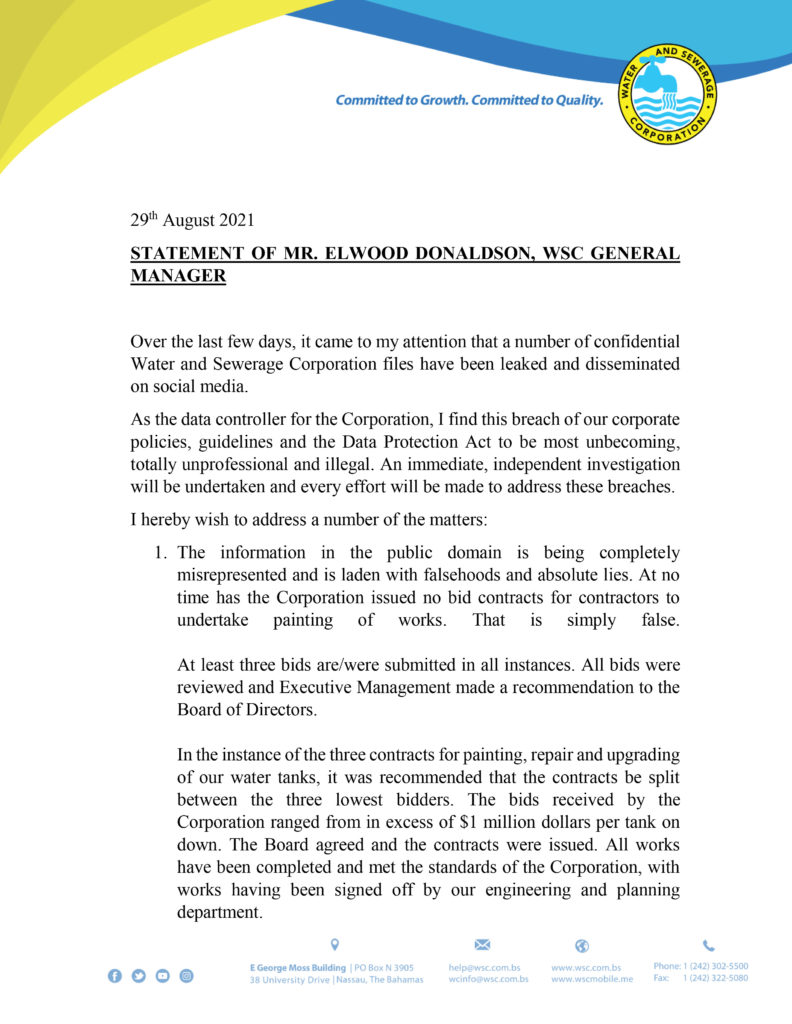 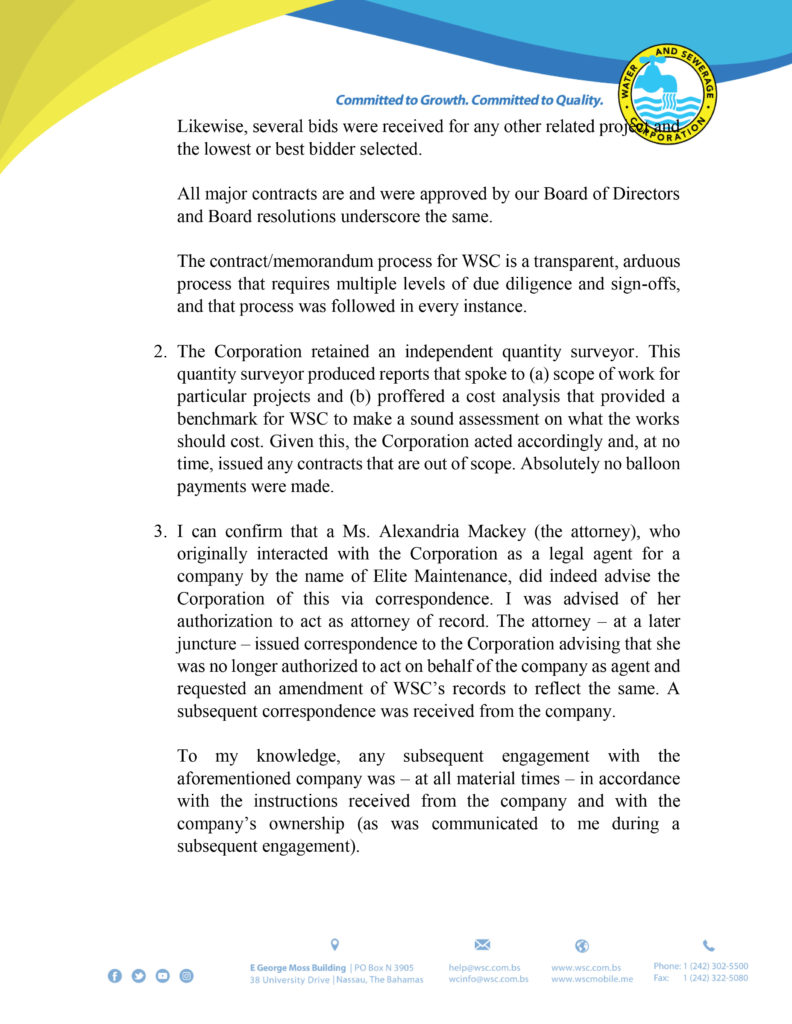 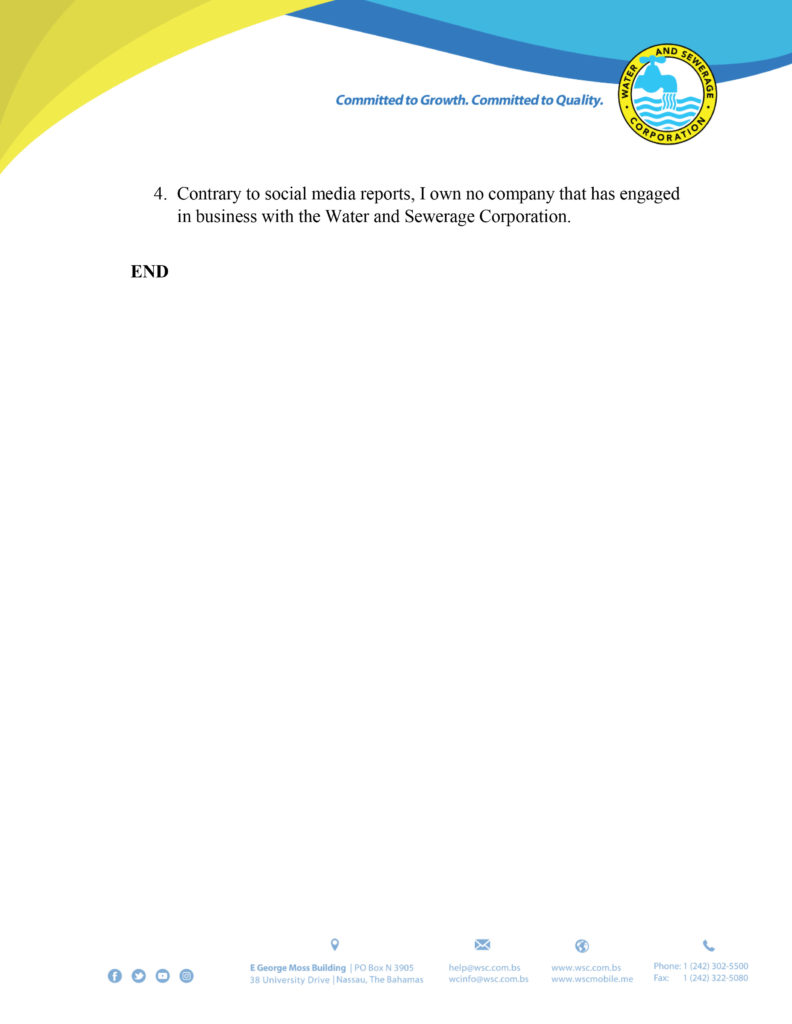 END_OF_DOCUMENT_TOKEN_TO_BE_REPLACED

It's time to do this differently