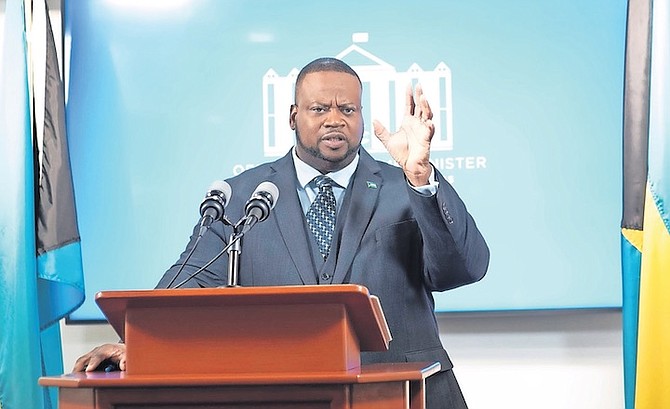 Press Secretary in the Office of the Prime Minister Clint Watson has been appointed as a consultant at the Broadcasting Corporation of The Bahamas (BCB), where he worked as an anchor and senior reporter for many years before fleeing for greener pastures.

However, OPM officials tell us that Watson will continue to serve as press secretary.

To relieve the pressure placed on Watson, former ZNS anchor Keishla Smith-Adderley has been promoted to Deputy Press Secretary.

She was hired by OPM in a more junior role following the Progressive Liberal Party’s (PLP) victory in the 2021 General Election.

Like Smith-Adderley, Watson left the news industry to work for the New Day Government.

He previously worked as News Director at Eyewitness News (EWN), which gained a considerable viewing audience and loyal social media following in under five years.

ZNS bosses believe that Watson can use his experience as news chief at EWN to increase viewership at ZNS with his aggressive and provocative reporting style.

Though ZNS remains a news staple for Family Island residents and older viewers, the government-backed station would like to appeal to more millennials and Gen Z’s, who appreciate a less old fashioned approach to story telling.